Authored by Pepe Escobar via The Asia Times, 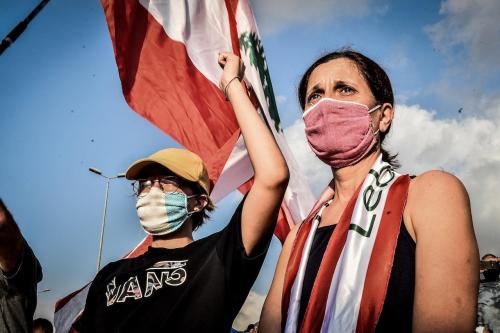 Facing oh so timely color revolution-style “protests”, the current Lebanese government led by Prime Minister Diab has already resigned. Even before the port tragedy, Beirut had requested a $10 billion line of credit from the IMF – denied as long as trademark, neoliberal Washington consensus “reforms” were not implemented: radical slashing of public expenses, mass layoffs, across the board privatization.

Quelle: Escobar On Battleground Beirut: Western Colony Or Back To The East?