With the US and EU economic sanctions gone, it’s becoming clear that Iran today wants to build not destroy as the West seems hell-bent to do. The latest is

F. William Engdahl is strategic risk consultant and lecturer, he holds a degree in politics from Princeton University and is a best-selling author on oil and geopolitics, exclusively for the online magazine “New Eastern Outlook”.
http://journal-neo.org/2016/04/07/iran-links-to-eurasia-with-persian-canal/ 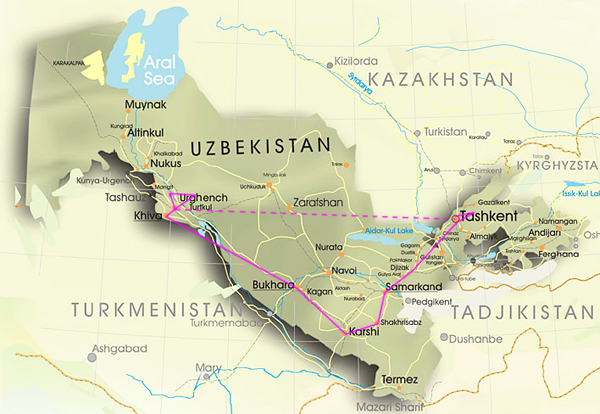 The IMF Changes its Rules to Isolate China and Russia

The nightmare scenario of U.S. geopolitical strategists seems to be coming true: foreign economic independence from U.S. control. Instead of privatizing and neoliberalizing the world under U.S.-cen…

Quelle: The IMF Changes its Rules to Isolate China and Russia

A specter is haunting Washington, an unnerving vision of a Sino-Russian alliance wedded to an expansive symbiosis of trade and commerce across much of the Eurasian land mass – at the expense of the United States.

And no wonder Washington is anxious. That alliance is already a done deal in a variety of ways: through the BRICS group of emerging powers (Brazil, Russia, India, China, and South Africa); at the Shanghai Cooperation Organization, the Asian counterweight to the North Atlantic Treaty Organization; inside the Group of 20; and via the 120-member-nation Non-Aligned Movement (NAM).

Trade and commerce are just part of the future bargain. Synergies in the development of new military technologies beckon as well. After Russia’s Star Wars-style, ultra-sophisticated S-500 air defense anti-missile system comes online in 2018, Beijing is sure to want a version of it. Meanwhile, Russia is about to sell dozens of state-of-the-art Sukhoi Su-35 jet fighters to the Chinese as Beijing and Moscow move to seal an aviation-industrial partnership.

This week should provide the first real fireworks in the celebration of a new Eurasian century-in-the-making when Russian President Vladimir Putin drops in on Chinese President Xi Jinping in Beijing.

You remember „Pipelineistan,“ all those crucial oil and gas pipelines crisscrossing Eurasia that make up the true circulatory system for the life of the region. Now, it looks like the ultimate Pipelineistan deal, worth US$1 trillion and 10 years in the making, will be signed off on as well. In it, the giant, state-controlled Russian energy giant Gazprom will agree to supply the giant state-controlled China National Petroleum Corporation (CNPC) with 3.75 billion cubic feet of liquefied natural gas a day for no less than 30 years, starting in 2018. That’s the equivalent of a quarter of Russia’s gas exports to all of Europe. China’s present daily gas demand is around 16 billion cubic feet a day, and imports account for 31.6% of total consumption.

Gazprom may still collect the bulk of its profits from Europe, but Asia could turn out to be its Everest. The company will use this mega-deal to boost investment in Eastern Siberia and the whole region will be reconfigured as a privileged gas hub for Japan and South Korea as well. If you want to know why no key country in Asia has been willing to „isolate“ Russia in the midst of the Ukrainian crisis – and in defiance of the Obama administration – look no further than Pipelineistan.

Exit the Petrodollar, enter the Gas-o-Yuan
And then, talking about anxiety in Washington, there’s the fate of the petrodollar to consider, or rather the „thermonuclear“ possibility that Moscow and Beijing will agree on payment for the Gazprom-CNPC deal not in petrodollars but in Chinese yuan.

One can hardly imagine a more tectonic shift, with Pipelineistan intersecting with a growing Sino-Russian political-economic-energy partnership. Along with it goes the future possibility of a push, led again by China and Russia, toward a new international reserve currency – actually a basket of currencies – that would supersede the dollar (at least in the optimistic dreams of BRICS members).

Right after the potentially game-changing Sino-Russian summit comes a BRICS summit in Brazil in July. That’s when a $100 billion BRICS development bank, announced in 2012, will officially be born as a potential alternative to the International Monetary Fund and the World Bank as a source of project financing for the developing world.

More BRICS cooperation meant to bypass the dollar is reflected in the „Gas-o-yuan“, as in natural gas bought and paid for in Chinese currency. Gazprom is even considering marketing bonds in yuan as part of the financial planning for its expansion. Yuan-backed bonds are already trading in Hong Kong, Singapore, London, and most recently Frankfurt. (…)