The ongoing Syrian-Emirati rapprochement, epitomized most recently by President Assad praising Crown Prince Mohammed Bin Zayed as „humane“ for the latter’s pledge of „support and solidarity“ to Syria during World War C despite the UAE’s leading role in ca

Quelle: The Syrian-Emirati Rapprochement Is All About Realpolitik, Not Principles

01.07.2017 Three maps of Syria show the immense progress the Syrian government forces and their allies have made over the last few month. During the last half year the Syrian Arab Army not only liberated al-Qaeda held parts of east-Aleppo city,…

In the US voices of sanity are increasing – this calls Realpolitik, entering into negotiations on a par.

The Boston Globe is an American daily newspaper based in Boston, Massachusetts. Foun-ded in 1872 by Charles H. Taylor, it was privately held until 1973, when it went public as Affiliated Publications. The company was acquired in 1993 by The New York Times Com-pany; two years later Boston.com was established as the newspaper’s online edition. In 2011, a BostonGlobe.com subscription site was launched. In 2013, the newspaper and websites were purchased by John W. Henry, a businessman whose other holdings include the Boston Red Sox and Liverpool F.C.

Once again, Moscow has shown itself better able to make strategic choices than we are. Russia is not an ideal partner for the United States, but sometimes its interests align with ours. In those cases, we should drop our Cold War hostility and work with Russia. The best place to start is Syria.

American policy toward Syria was misbegotten from the start of the current conflict five years ago. By immediately adopting the hardest possible line—“Assad must go”—we removed any incentive for opposition groups to negotiate for peaceful change. That helped propel Syria into its bloody nightmare.

Russia, which has suffered repeated terror attacks from Islamic fanatics, is threatened by the chaos and ungoverned space that now defines Syria. So are we. Russia’s policy should be ours: prevent the fall of Bashar al-Assad’s government, craft a new regime that would include Assad or his supporters, and then work for a cease-fire.

The fall of Assad would create a catastrophic power vacuum like those that have turned Iraq and Libya into terrorist havens. This would be bad for the United States, and even worse for Russia and Iran. We should recognize this common interest, and work with countries that want what we want.

This may seem eminently logical, but the very suggestion is hateful in Washington. It violates a central precept of the liberal/conservative, Republican-Democrat foreign policy consensus: Russia is our eternal enemy, so anything that promotes Russia’s interests automatically undermines ours — and that goes double for Iran. Instead of clinging to this dangerously outdated with-us-or-against-us mantra, we should realize that countries with which we differ in some areas can be our partner in others. Russia is an ideal example.

We would have been more secure as a nation, and might have contributed to a more stable world, if we had followed Russia’s foreign policy lead in the past. The govern-ment Moscow supported in Afghanistan, run by Mohammad Najibullah from 1987-92, was more honest and progressive than any that has ruled Afghanistan since Ameri-can-backed forces deposed Najibullah. Later, Russia urged the United States not to invade Iraq and overthrow Saddam Hussein. They were right both times, and we were wrong. In Syria, Russia is right for a third time. Keeping the odious Assad in power, at least for the moment, best serves American interests. The alternative could be an ISIS “caliphate” stretching from the Mediterranean to the Tigris River.

No military solution is possible in Syria. Continued fighting only adds to the toll of death and horror. Russia wants a negotiated settlement. We are reluctant, because our so-called friends in the region want to keep fighting. They calculate continuing war to be in their interest. It may be — but it is not in the interest of the United States.

Opposition groups in Syria that we have half-heartedly supported refuse to negotiate until a cease-fire is in place. By accepting that formula, the United States guarantees continued war. Instead, negotiations should be aimed at creating a new regime that both Russia and the United States could support. From there, peace can grow.

How long Assad remains in power is not crucial to the United States. Weakening ISIS and al Qaeda is. Fighting those forces is the policy of Russia and Iran. We should recognize this confluence of interests, and work with every country or faction that shares our goals in Syria.

Our reflexive rejection of all cooperation with Russia is a throwback to a vanished era. It prevents us from taking decisive steps to ease the crisis in Syria. Its effects are also being felt in Europe. The Obama administration recently announced a four-fold increase in spending for troop deployments near Russia. Russia responded with military maneuvers near its border with Ukraine. This spiral of tension ignores the reality that Europe can never be truly secure without Russian cooperation.

Refusing to work with Russia hurts us more than it hurts Russia. Seeking avenues of cooperation would benefit both, and contribute to global security. Syria is the best place to start. Russia’s strategy — fight ISIS and al Qaeda, defend Assad, and seek a cease-fire that preserves his regime in some form — is the least bad option. Until we accept it, Syrian blood will continue to flow.

* Stephen Kinzer is a senior fellow at the Watson Institute for International Studies at Brown University. Follow him on Twitter @stephenkinzer.

It should go without saying that the internal political processes of a sovereign country belongs to the people of that country, and no-one else. Nevertheless, as Washington insists on a prerogative to determine who can or cannot lead another country, some background on Bashar al Assad and the political reform process in Syria might be useful.
We find little reasonable discussion of either, in western circles, after the Islamist insurrection of 2011. Instead, the wartime discussion descended into caricatures, conditioned by ‘regime-change’ fervour and bloody war, of a bloodthirsty ‘brutal dictator’ mindlessly repressing and slaughtering his own people. None of this helps sensible or principled understandings. Fortunately, there are a range of Syrian and independent sources that allow us to put together a more realistic picture. If we believed most western media reports we would think President Assad had launched repeated and indiscriminate attacks on civilians, including the gassing of children.
We might also think he heads an ‘Alawi regime’, where a 12% minority represses a Sunni Muslim majority, crushing a popular ‘revolution’ which, only in later years, was ‘hijacked’ by extremists. A key problem with that story is the President’s great popularity at home. The fact that there has been popular dissatisfaction with corruption and cronyism, fear of the secret police, and that an authoritarian state maintains a type of personality cult, does not negate the man’s genuine popularity. Even most of his enemies admit that. We have to look a bit deeper. (…) 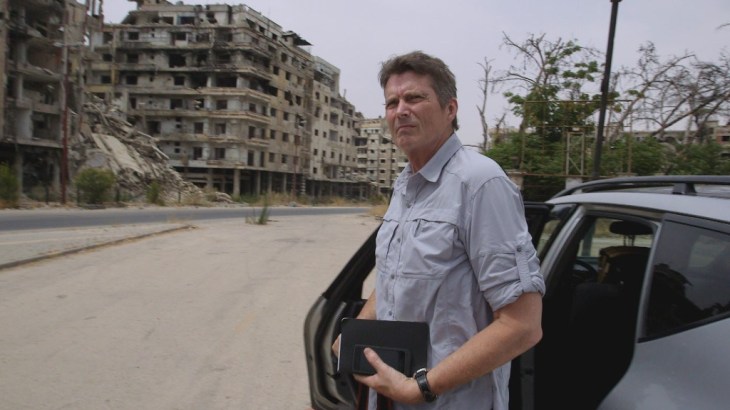 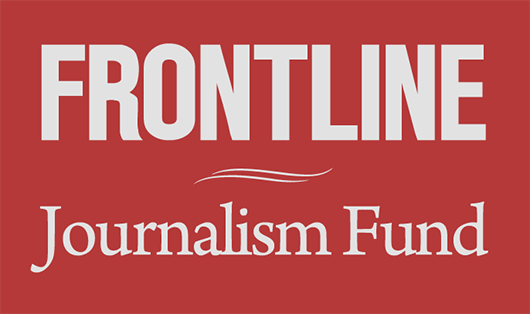 Quelle: A Journey „Inside Assad’s Syria“